In the first part of this post we presented the big apparent differences between the carbon budgets (CB) reported by the  IPCC SR1.5 in 2018 and the ones formerly reported in the IPCC AR5 in 2014. Indeed, in terms of the 2019 CBs the difference, especially for the budgets associated to lower global warming goals, are huge (see Figure-1 where the ratio between SR1.5 and AR5 CBs is presented).

Still, in any case, as we documented in the first part of this post the situation is extremely tight, with just a bit more than one decade (SR1.5 optimistic vision) or very few years (AR5 vision) to completely transition towards a zero carbon emissions economy if the worst impacts of climate change are to be avoided. Moreover, if uncertainties in CBs are considered, we showed that CBs could in fact already be exhausted.

Therefore, the main conclusion we drew from this analysis is that the apparent increase in CBs reported by the IPCC SR1.5 should not be interpreted as an additional allowance to emit more carbon. Instead, at this point in time the focus of climate policy and action should move from trying to comply with a given CB towards transitioning as fast as possible along a sustainable pathway. 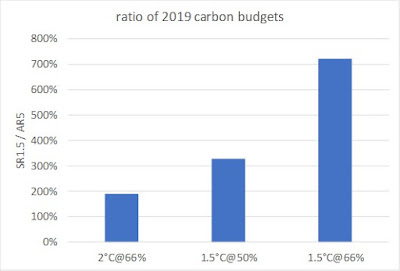 But let’s delve a bit deeper into the origin of the mismatch between the CBs reported by IPCC in SR1.5 and AR5.

As shown in Figure-2 (taken from chapter-2 of the IPCC SR1.5), the origin of the modification in CBs estimates comes from the displacement of the relationship between global warming and cumulative emissions, occasioned by a discrepancy between measured and modeled historic CO2 emissions. The origin of this discrepancy is better explained by Carbon Brief , with Figure-3 clearly identifying the origin of this CB discrepancy in the difference between observed and modeled historical CO2 emissions, specifically around 1940. The Carbon Brief’s post makes clear mention to the uncertainties associated to historic CO2 emissions observations, which seem to be specially accentuated around the 1940 period. Therefore, this being the origin of the discrepancies between SR1.5 and AR5 CBs, calls for a note of caution when interpreting the apparent increase in available CBs as reported by the IPCC SR1.5 as a licence to emit more carbon. 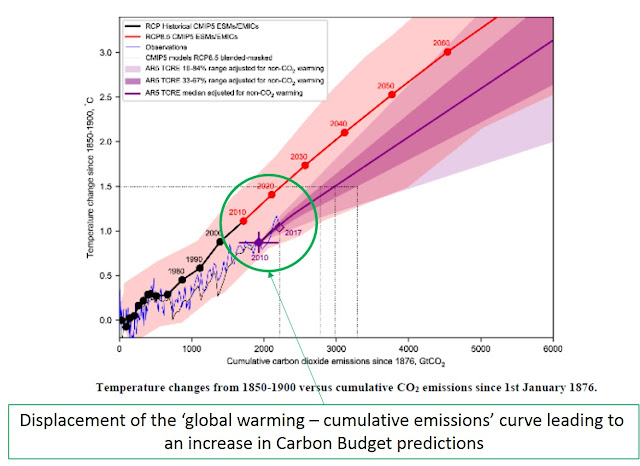 In fact the evidence is growing around the fact that we could well have overestimated CBs up till now, like the findings reported by this recent paper, reporting a documented higher than previously thought build-up of heat in the oceans: ‘Startling new research finds large buildup of heat inthe oceans, suggesting a faster rate of global warming’.

In fact the evidence is growing around the fact that we could well have overestimated CBs up till now, like the findings reported by this recent paper, reporting a documented higher than previously thought build-up of heat in the oceans: ‘Startling new research finds large buildup of heat inthe oceans, suggesting a faster rate of global warming’.

Evidence is also building up regarding the increase of climate impacts that we are already observing in 2018 as a result of climate change:

And so many more…

Clearly corporations and institutions have been unable to properly tackle climate change up till now, which has left us as a legacy the extremely tight and critical situation we are currently facing. Only a deep social change and evolution could bring us into an appropriate transition pathway. And although already very tight, signs are showing up of ongoing social changes that bring hope for humanity, from school kids to poets taking the lead, and clearly illustrating the deep social nature of tackling climate change:

So let’s joint efforts and between all, each maximizing its individual and collective contributions, buildup momentum for an effective social steering of the transition, avoiding the delays, misalignment and additional challenges that would stem from allowing a partial and biased transition approach, like those only focusing on the energy system, or even the economic system, as if they were self-contained systems, and hence missing its embedded nature into society and Earth (Figure-4), as well as missing the fundamental requirement for an overall and integrated transition that properly addresses the structural elements that have led to us to the brim of collapse and that prevent appropriate alternative pathways to be followed. 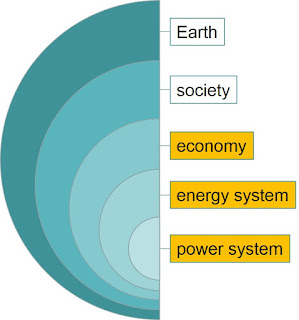 Figure-4: Acknowledging the embedded nature of the energy system and the economy into society and Earth is the starting point for a successful transition.